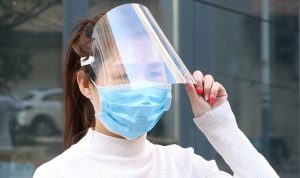 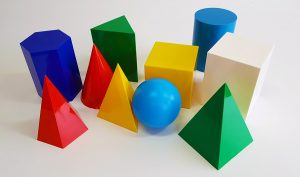 A SET OF POLYHEDRONS (FOR STEREOMETRY) 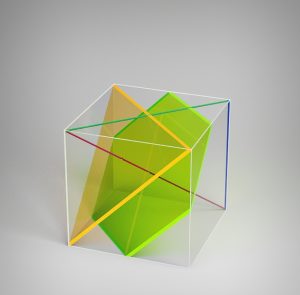 Set polyhedrons (for stereometry):
We present a set of selected models of polyhedrons that illustrate, in addition to the solids themselves, their cross-sections through selected planes facilitating the implementation of the core curriculum for teaching mathematics in secondary schools in the field of stereometry requirements. These solids are: cube, prism correct triangular and six pyramids, whose properties often make it very difficult for students. In addition to discussing cross-sections, these solids can also be useful in students’ understanding of the position of straight lines and planes in space, in recognizing different angles in space (between straight lines, between straight line and plane, between planes), in the ability to apply the theorem of three perpendicular lines. Polyhedron models have been selected for this set that often appear in tasks, also at graduation. These polyhedrons will be an excellent complement to the collection of solids that are already in schools. 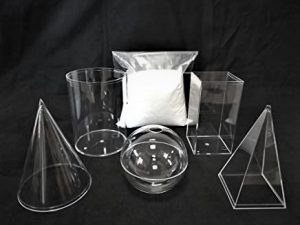 solid for volume measurement (comparative):
– The set consists of five 15 cm high lumps and 1 kg of granules to fill them during exercises.
– Lumps keep the relationship 1: 1/3 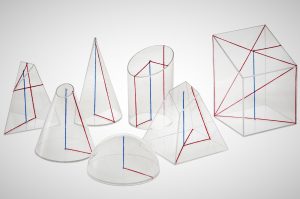 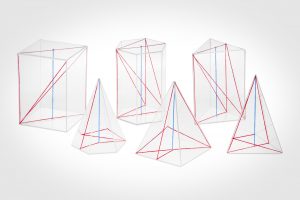 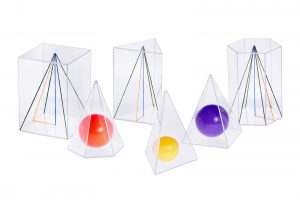 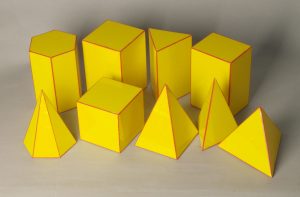 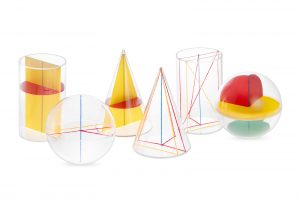 DEVICE FOR DEMONSTRATION THE FORMATION OF REVOLVING SOLIDS: 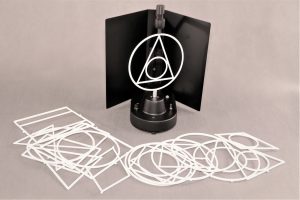 Suitable for math classes in middle schools and high schools. 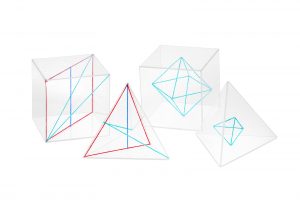 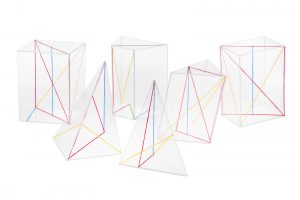 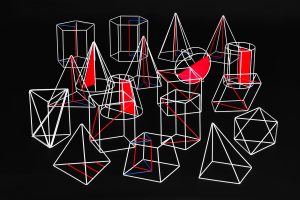 SKELETAL SOLIDS AND THEIR MAGNETIC GRIDS 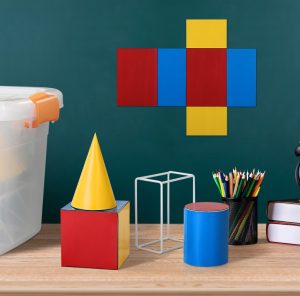 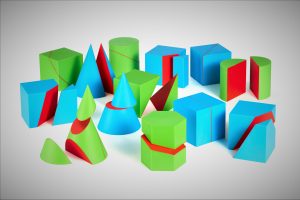